You come to wide lake, watched by limestone cliffs. Shapes lurk in the water. Shapes wait up ahead.

Riches clog Mr-Kr-Gr's rivers -- but its citizens build neither soaring temple nor palace spire. It is forbidden to set stone upon stone, in Mr-Kr-Gr.

What stone cities exist in Mr-Kr-Gr are overgrown ruins -- haunted by corpse-honey hosts; mosquito witches; gods trapped in the prison of their idols.

These old cities are proscribed, also. The crocodiles say so. Doesn't stop downlander expeditions, though. Old cities are always full of treasure.

Mr-Kr-Gr is an adventure setting inspired by riverine life, the crocodiles of Negeri Sembilan, and the lost cities of Southeast Asia. A rules-less, 44-page gazetteer filled with characters, locations, and detailed black-and-white art. Random NPC, encounter, and magic-crocodile generators.

Part of A Thousand Thousand Islands, an RPG zine series inspired by the material cultures, lived stories, and mythistories of Southeast Asia.

By Centaur Games, who are Mun Kao and Zedeck Siew.

"It’s less a setting book or module, and more a work of sublime poetry. A world visualized in sparse words and phrases and drawings. I can’t remember the last time I felt this connected to a game world, and yet it’s so short it can be read in half an hour."
- Tomer G, The Gauntlet Blog

"... using these tables and just by taking a cue from the simple descriptions given, a Game Master could easily create encounters and scenario ideas, even straight from the page during play."
- Pookie, Reviews From R'lyeh

In order to download this RPG zine you must purchase it at or above the minimum price of $5 USD. You will get access to the following files: 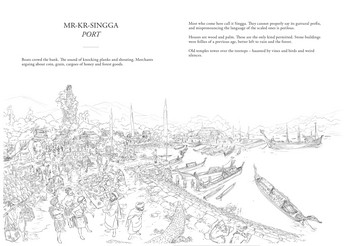 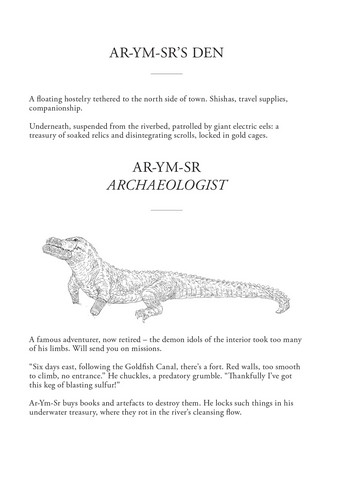 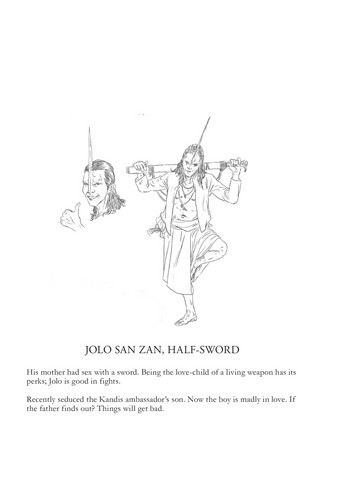 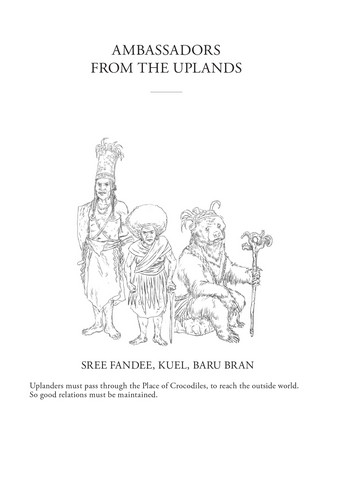 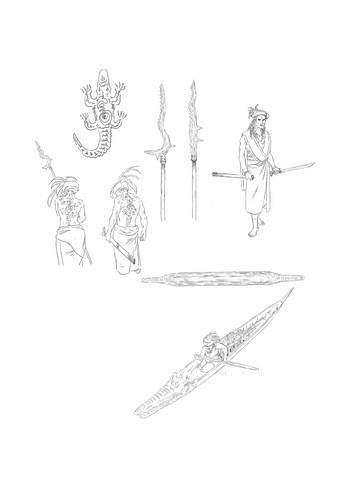